The Evolution of Audio Mixing

To enable you to dive into the creative immersive audio world, Dear Reality offers a range of solutions suitable for any desired production and pocket. The product range includes spatializer plugins, standalone VR controller applications and assets for game engines.

The VST/AAX/AU spatializer plugin dearVR MUSIC turns your DAW into a 3D audio powerhouse. With state-of-the-art algorithms and a powerful yet fast and intuitive interface dearVR MUSIC gives all the tools you need to create stunning realistic, immersive music productions. No advanced engineering chops are needed to make your mix come alive as a full 360° sound experience on any pair of headphones. More information

Create with dearVR PRO one audio mix for all formats. The VST/AAX/AU spatializer plugin offers binaural, Ambisonics and multi-channel loudspeaker output formats (from 5.1 to 13.1) in just one tool. dearVR PRO lets you create ultra-realistic acoustics with 46 virtual room presets, from car to cathedral. Enhance your audio for music, post-production, games, VR, AR and 360° video productions with the most natural room simulation and advanced spatialization.

Take the next step into immersive audio by mixing in VR with dearVR SPATIAL CONNECT.
Use the VR controller to intuitively change positions of sound sources and write automations by pointing at them in the virtual space around you. Change levels by controlling the faders on the meterbridge or by simply performing an up or down gesture - just like painting your mix. Jump through the timeline, set markers, loop points, and change automations modes.
Transfer with dearVR SPATIAL CONNECT dearVR PRO’s automation data from your DAW directly into the game engine Unity.

Create with dearVR UNITY ultra-realistic acoustic environments in the Unity game engine and add a true perception of direction, distance, reflections, and reverb to your interactive audio productions.
dearVR UNITY, tested as the number one spatializer plugin for Unity with the best sound and the best externalization, offers positional 3D audio and true-to-life acoustic room virtualization. 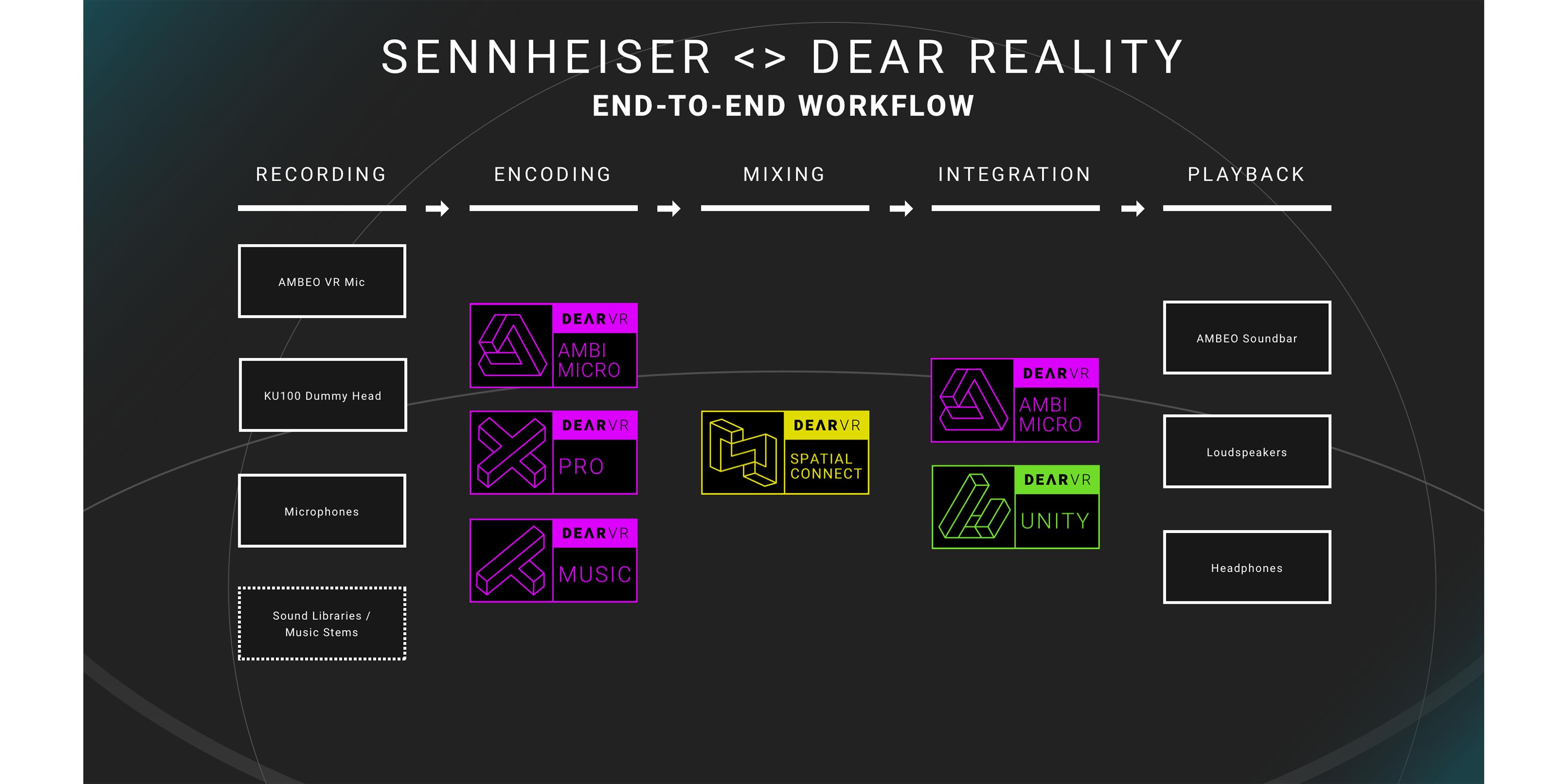